The video Frontera (Border) is an intervention shot entirely on location. A static shot of a spring landscape, accompanied by the sounds of nature, is destabilised by an explosion. Red smoke then appears, invading the field of vision. Covering the landscape, the smoke then seems to retreat as if absorbed by the ground, until it disappears completely and we are again presented with the initial image. The scene was recorded at one particular location in the Corbières mountains, on the former border between Spain and France. This site, which divides the two states, has been the setting for past conflicts and the smoke in Frontera acts as a metaphor for the memories bound up there. 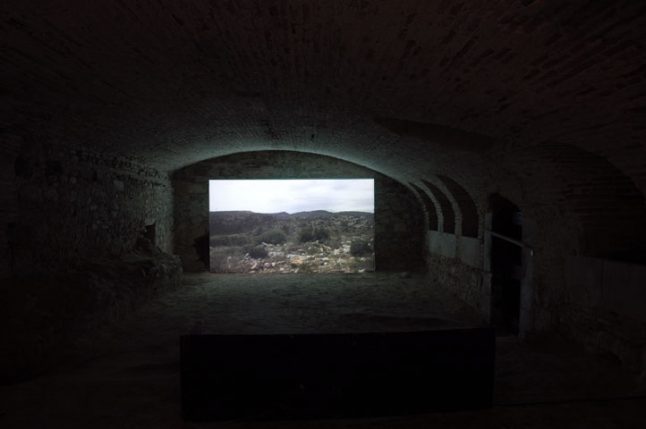 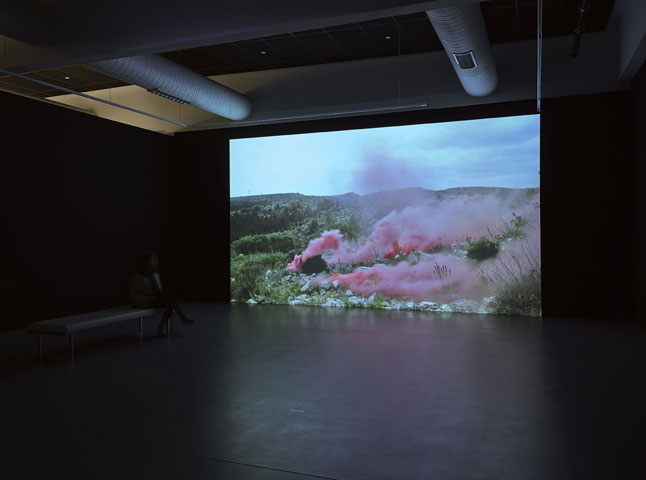