On March 17th, 2020, the confinement of the city of Paris began due to the Coronavirus epidemic. The travel bans in the capital, as well as throughout the country was extended until Monday, May 11th. In the emptied historic Paris, Anna Malagrida and Mathieu Pernot photograph the city from a tourist’s point of view by creating printed postcards. On the back of these images, which the authors sent to each other by post, are written words that appeared during the epidemic. Exhibited on a display from a Parisian newspaper kiosk, the images reveal both nostalgia for a Paris of postcards and anguish of the invisible threat of the pandemic. 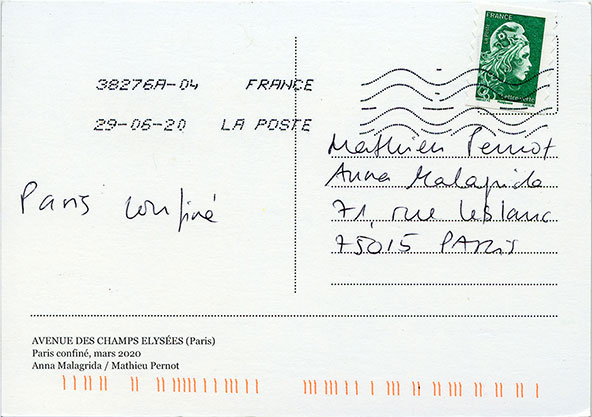 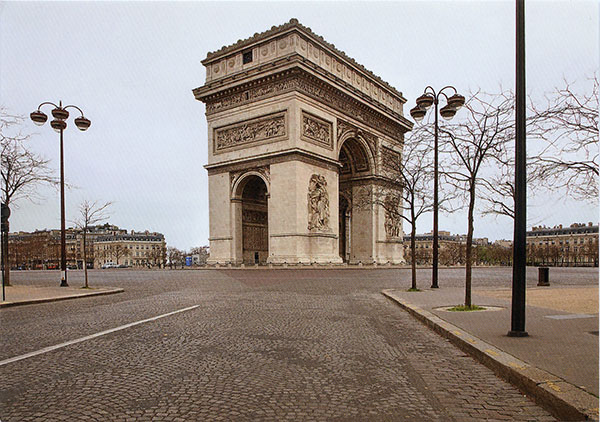 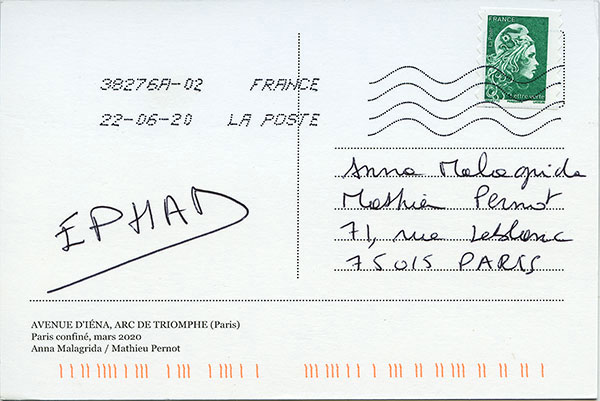 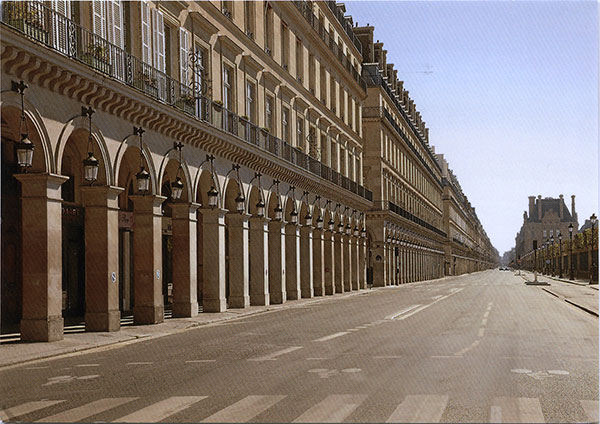 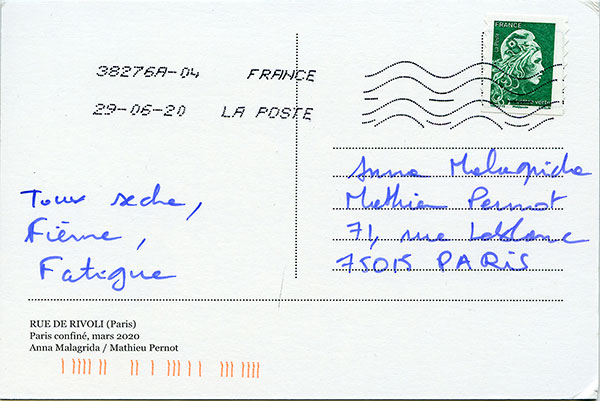 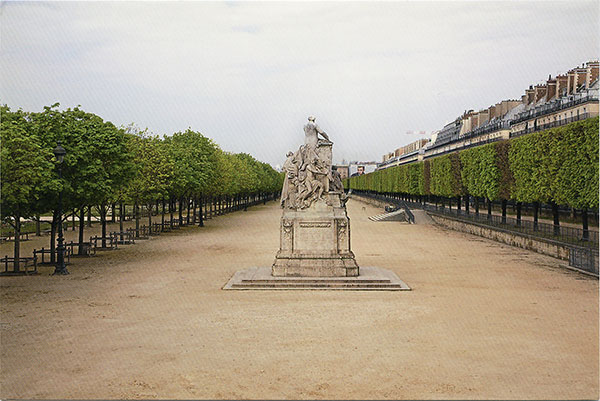 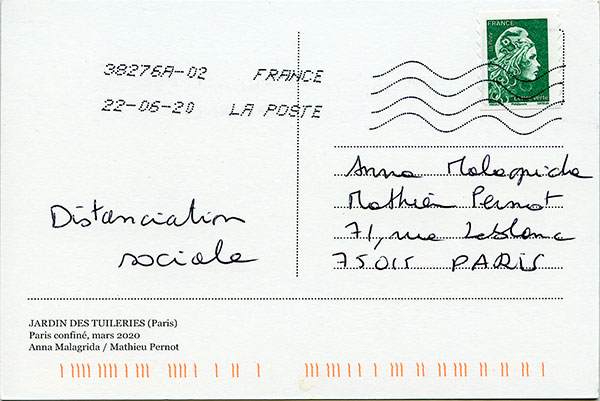 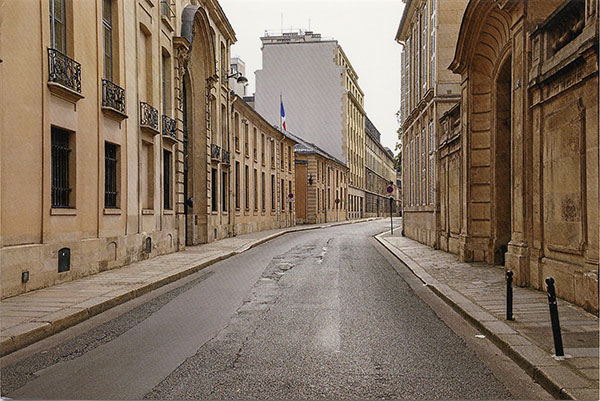 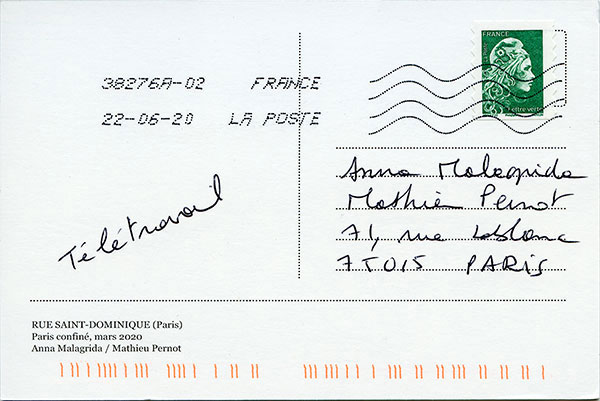 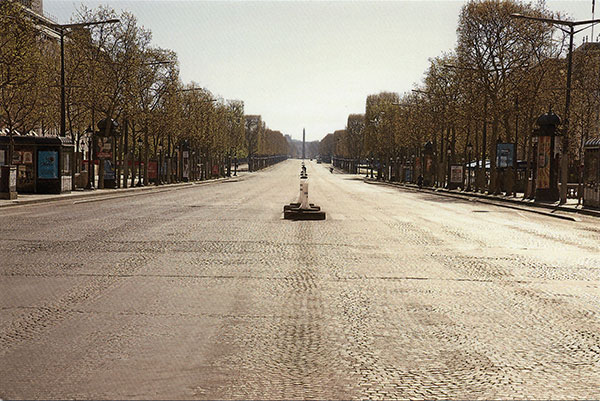 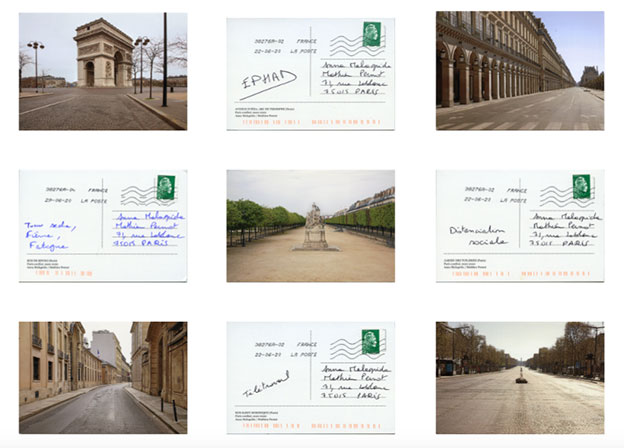