Veiled views is a series of photographs taken in the city of Amman Jordan, from the large windows of luxury hotels dominating the city. The chosen point offers a privileged view of the city, and embodies a symbol of power: that of the distant observer who temporarily takes up residence in these places. Whilst these photographs were being taken, an accident occurred: the x-rays used by security machines at the hotels’ entrances caused the partial fogging of some of the negatives. These accidental fogs have then formed part of the working process and have become the main subject of this photographic series: the fog acts as a screen, a metaphor for the blinkered view and fragility of a world of which we often lose sight. 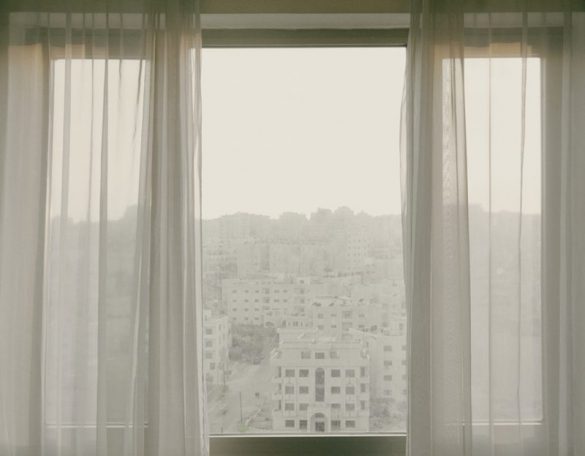 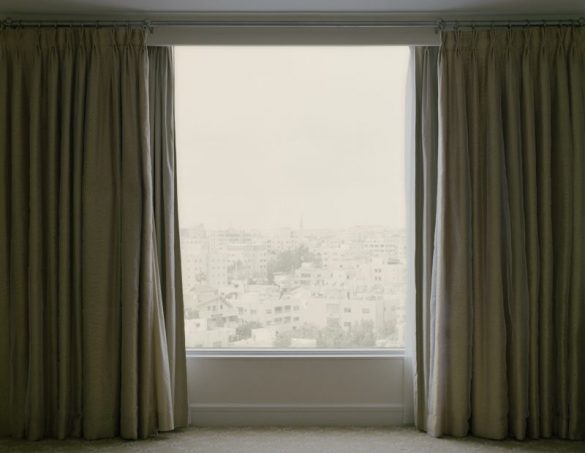 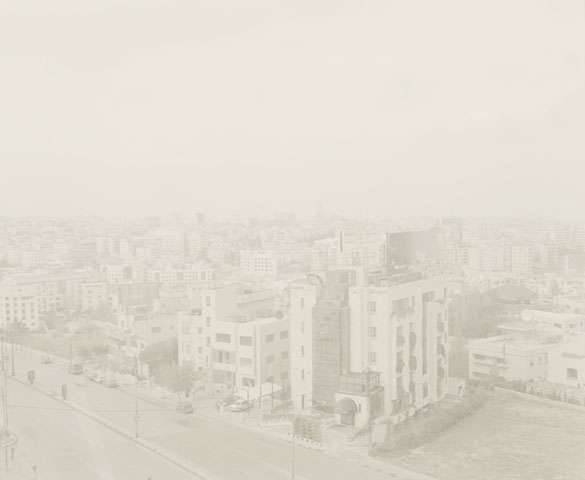 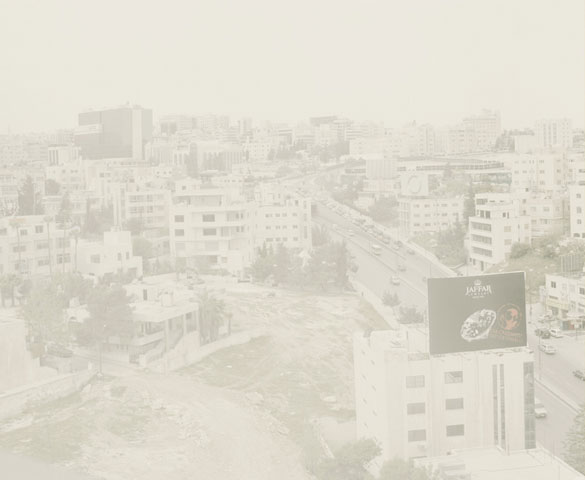 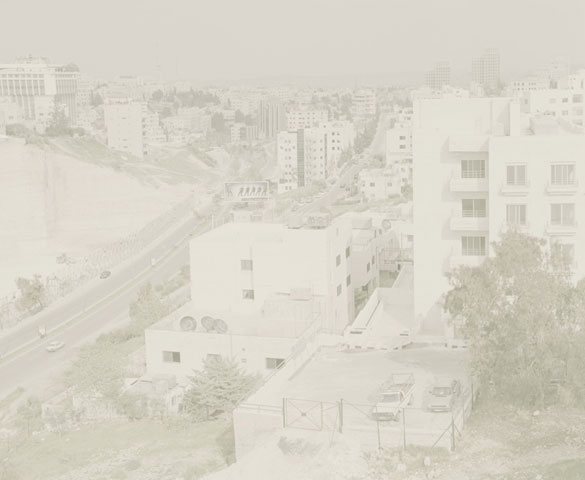 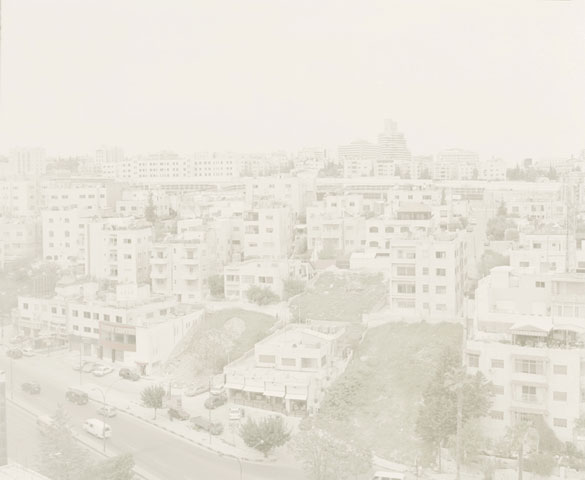 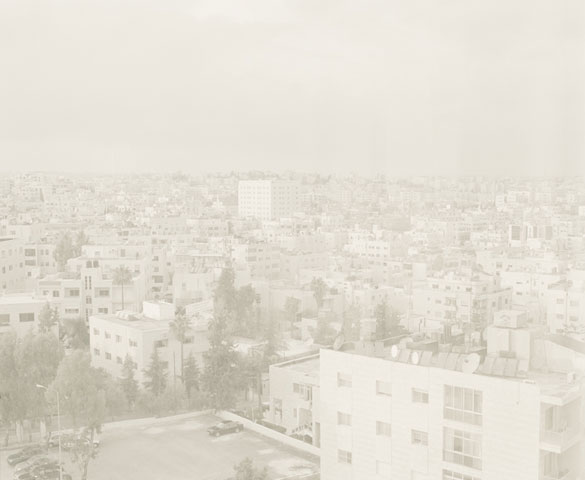 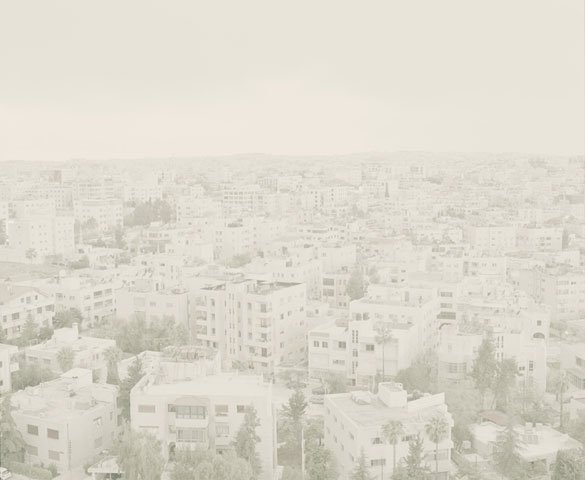 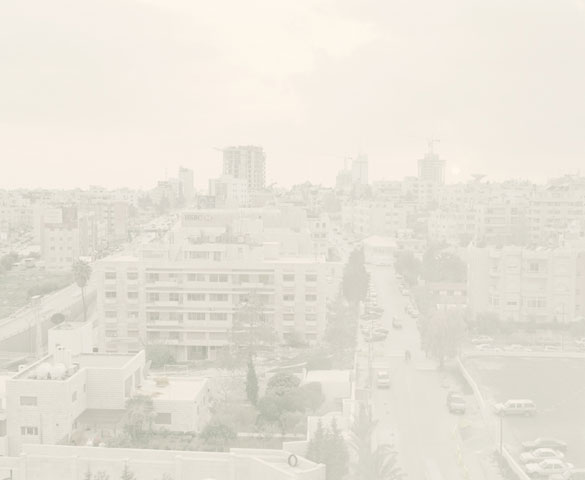 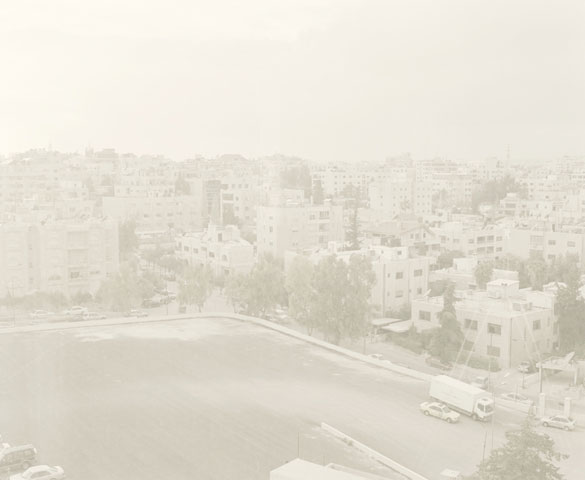 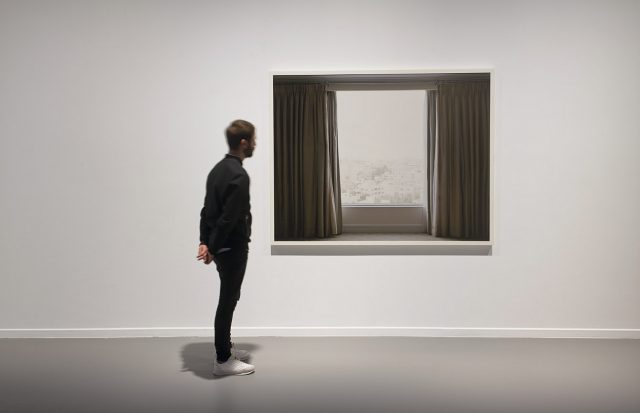 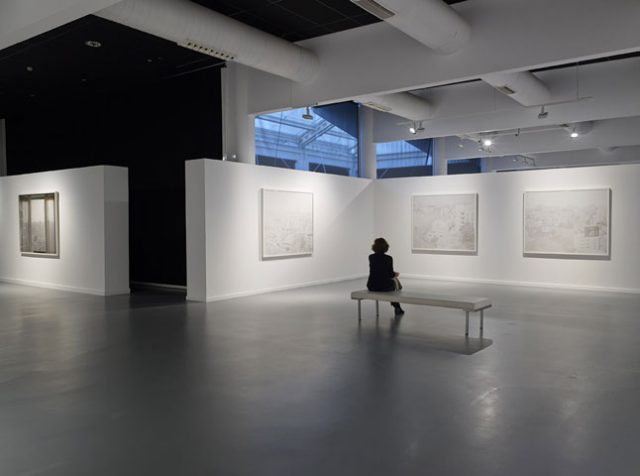 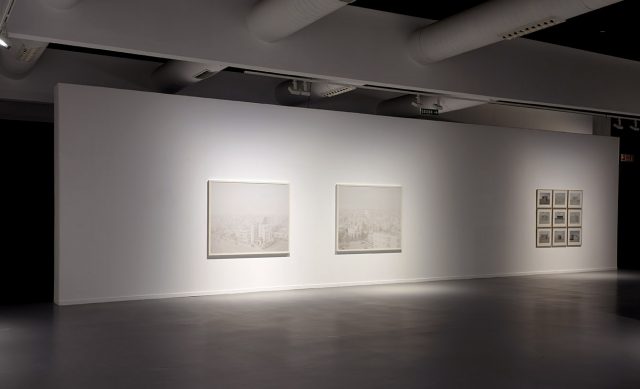